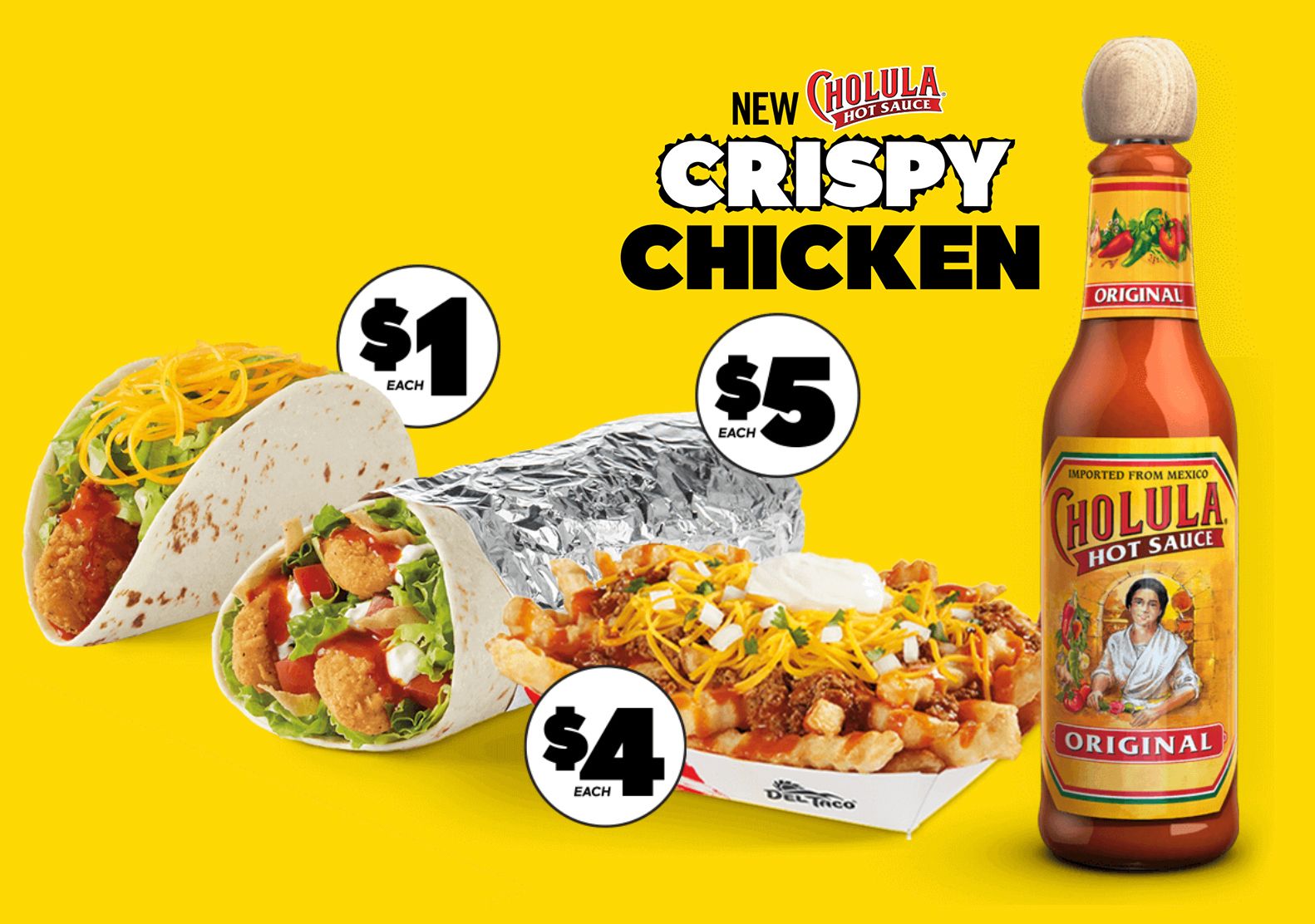 The Cholula Crispy Chicken Taco begins with a warm, flour tortilla that is then layered with a crispy chicken strip, real cheddar cheese, fresh lettuce and Cholula Original Hot Sauce.

These new dishes are available at participating Del Taco restaurant for a limited time only and prices may vary by location.

To find a participating Del Taco location near you, click here.

This Del Taco Deal has 646 views

Get a Free 2 Piece Order of Mini Churros with Any In-app Purchase for Del Yeah! Rewards Members